Anand said, It was a get together both must have rejoiced, as it showed the bonding between the two – not often in the Bollywood when the reel and real- life heroes get along so well.

Memorable gathering. It was about Super 30 founder Anand Kumar and Bollywood superstar Hrithik Roshan getting together at the latter’s residence to celebrate the success of ‘Super 30’. It was a family dinner and Anand and his brother Pranav Kumar were invited. Hrithik’s Father Rakesh Roshan was also there. 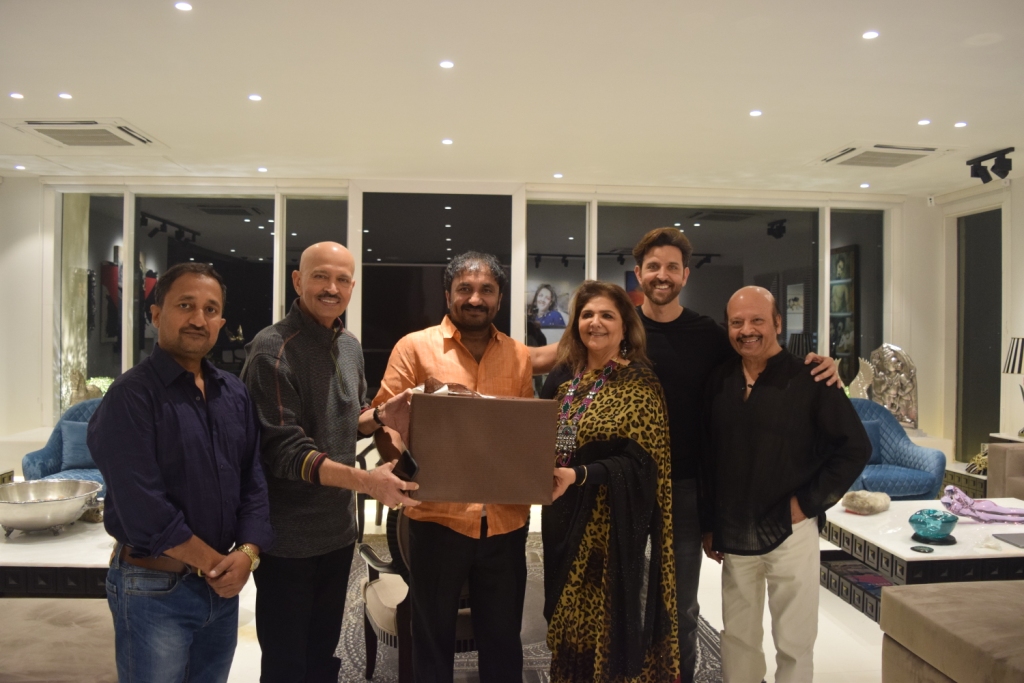 “It was long overdue. I was busy with ‘War’ and Anand Sir was busy with his classes. The celebration of Super 30’s phenomenal success got delayed a bit, but it was always in our mind. Now we both got time and we decided to celebrate it without further delay,” said Hrithik.

He said that the get-together was an opportunity to recall the wonderful journey of Super 30, varied experiences and above all, the bonding it has developed. “My mother watched ‘Super 30’, but she never had the opportunity to meet Anand Sir. The evening gave all of us an opportunity to sit together and enjoy. We could now smile even on some difficult moments we faced in course of the film ,” he added.

Anand said that the real success of the film was due to powerful acting of Heithikji, who was able to take the all-important message to the masses so effectively. I am really obliged to Hrithikji and his team. Hrithikji is not only a great actor but also a wonderful human being, which I got to know due to the film. Perhaps, nobody would have done justice to the film as he did,” he added.

Anand said that even in ‘War’, Hrithik had demonstrated what a talented actor he is. “But for me, his acting in ‘Super 30’ was excellent, as he was able to capture the essence of my programme in a marvellous way,” he added.