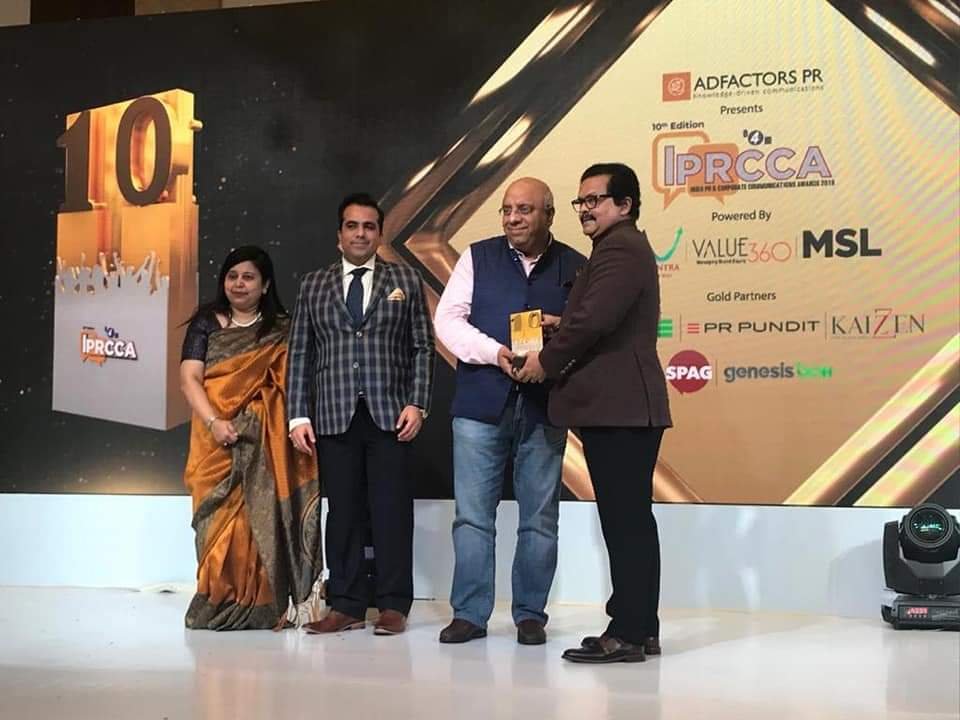 New Delhi (The News). Abhijit Sarkar, a Bihar Talent, social reformer as wel as social media Guru of fame got prestigious Corporate Communication Award of excellence. In a gala evening for the 10th edition of exchange4media India PR and Corporate Communications Awards (IPRCCA) held in New Delhi on 20th Dec 2019, renowned corporate communications honcho and social media guru Abhijit Sarkar got the award for Best Social Impact Programme for his flagship show “Sarkarnama by Abhijit Sarkar”. Abhijit Sarkar had earlier won this award in 2011
for being the Corporate Communication Man of the Year.Sarkarnama by Abhijit Sarkar is a flagship show done by the multi faceted Abhijit Sarkar to showcase his creative side ; the side that he was missing due to his corporate responsibilities. The show has also been designed to differentiate itself from all the negativity prevailing on the social media. The effort is to do something positive, something eternal which has not been attempted on these platforms. The subjects too are chosen after a long and gruelling research to come up with a show which is different from the clutter and that which can make the people think. The results have been quite encouraging from both ; the classes and masses. The experiments done in Sarkarnama have been both in terms of selection of original songs, unheard trivia, poems and shayaris, having attempted that content that has been good but are on the verge of getting lost or extinct in terms of poetry and shayaris. Sarkarnama is not preaching in its content but a whole lot of satire and sarcasm are used to make the people tingle and gasp out of excitement and humour. Overall , it’s a Thinking Man’s programme which now plans to venture into new territories.